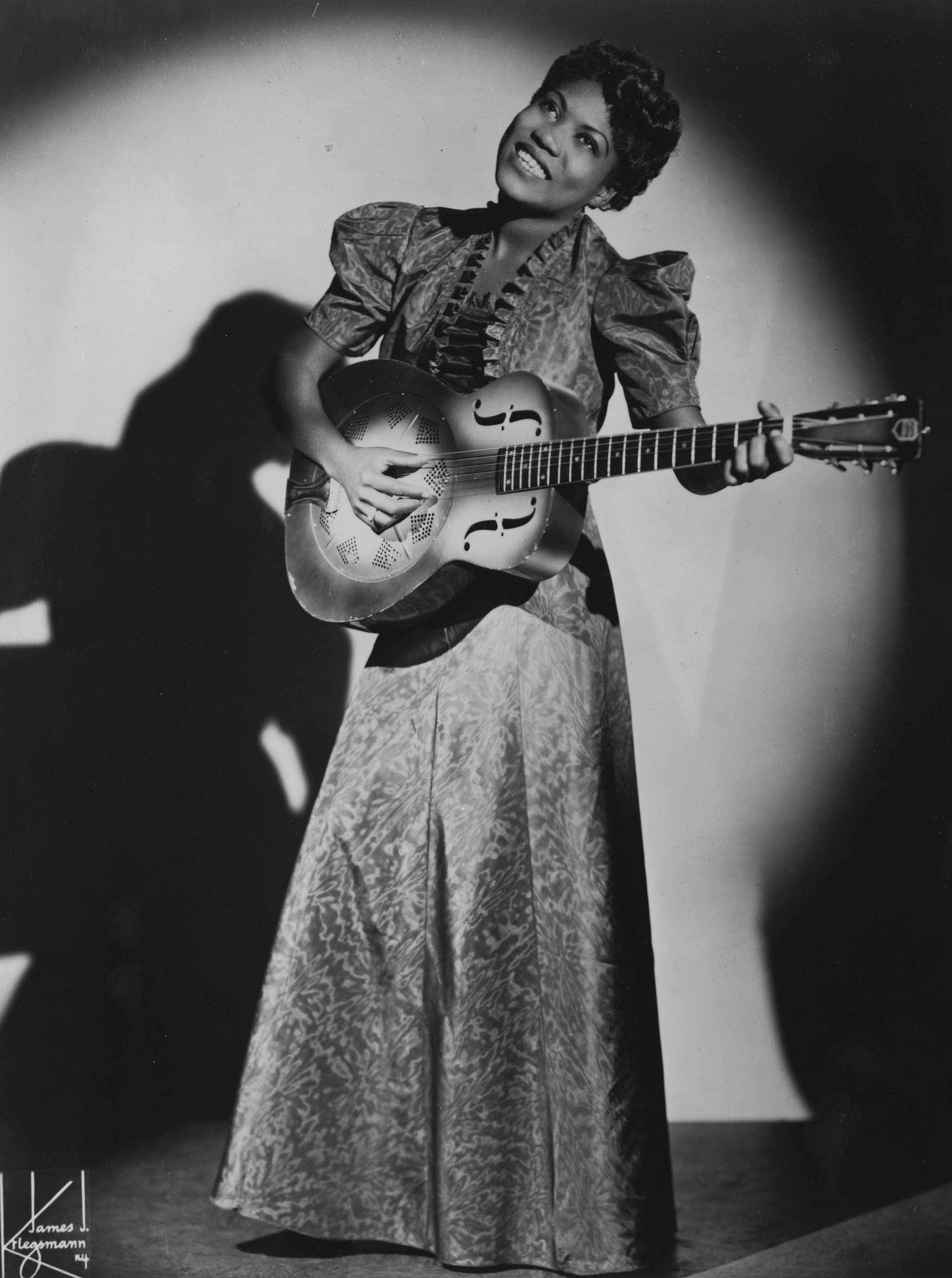 Sister Rosetta Tharpe was the first guitar heroine of rock and roll.

Her heartfelt gospel folksiness gave way to her roaring mastery of her trusty Gibson SG, which she wielded on a level that rivaled the best of her male contemporaries. If Tharpe had not been there as a model and inspiration, Elvis Presley, Little Richard, Johnny Cash, Jerry Lee Lewis, and other rock originators would have had different careers. No one deserves more to be in the Rock & Roll Hall of Fame. Sister Rosetta became famous in 1938 and was a star through the 1940’s, a black woman singing gospel music to the accompaniment of her own driving electric guitar – howling and stamping. More on rockhall.com...

Sister Rosetta Tharpe was influenced by...